A stalker threatens Ben, the lines between his hockey career and his love for Ethan blur, and abruptly their future seems like an impossible dream.

Senior year is here, and everything is on the line. Benoit’s time to shine in the crease is now, and he’s going to do everything he can to make sure those professional scouts take notice. He’s earned a great reputation for his skills in the net, and his laid-back demeanor is his key to maintaining his cool when things get heated in the goal crease.

As the Eagles roar into a new season, Ben’s laser-sharp focus is shattered by a stalker who threatens his life, and his attraction to Ethan Girard, the team’s new defensive consultant. Trying his best to ignore the budding friendship that’s taking a hard, fast turn into something far more passionate, Ben is determined to keep his mind on the sport he loves and not let his feelings for the handsome older man creep into his performance. But love, like hockey, is wildly unpredictable, and soon Ben finds that he’s unable to distance himself from Ethan who is slowly and surely working himself into his heart.
Famed Boston defenseman, Ethan Girard, isn’t stupid. Celebrating his thirty-second birthday in the emergency room after breaking his leg, and with a warning that healing will be a long process, he knows he has to think about his future. He was drafted at eighteen, and he’s never known anything but hockey, but with no contract in place yet for the new season he considers that maybe it’s time for him to hang up his skates for good.

Volunteering to help out with the Owatonna Eagles fills his time, but from the moment he lays eyes on goalie Ben, he knows his world will never be the same again. Falling in lust is as easy as stealing his first kiss, but Ben refuses to engage. Has Ethan finally met his match?

Order Now
Amazon
Other Books in "OWATONNA U (Hockey Romance)" 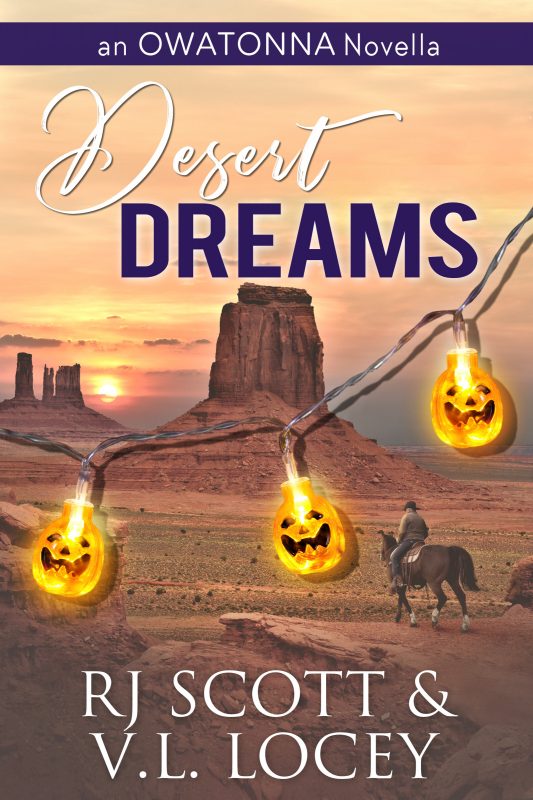 Desert Dreams
About the Book
Preview
Disclosure of Material Connection: Some of the links in the page above are "affiliate links." This means if you click on the link and purchase the item, I will receive an affiliate commission. I am disclosing this in accordance with the Federal Trade Commission's 16 CFR, Part 255: "Guides Concerning the Use of Endorsements and Testimonials in Advertising."