I’m not the biggest fan of art. I mean, I know what I like, and it certainly isn’t blocks of color laid randomly on a canvas and labelled with pretentious titles like ‘sorrow’. Thankfully this show, Sam’s show as Goog helpfully explained, was heavy on the stunning landscapes I could lose myself in and actually understand.

“Which one are you going to buy?” Goog asked from beside me, startling me given I was concentrating hard on a stunning depiction of an icy lake complete with teeny tiny ice skaters to one side.

“We’re all buying a painting,” he announced, then frowned, “Not that you have to, it’s just the team buying the paintings, but if you were buying one, which one would you have?

I side-eyed Goog whose expression was a picture of innocence. “Yes, I’m buying a painting, in fact, I’ve already done so.”

Goog knocked shoulders with me. “Thanks, it means a lot.”

“Stop harassing people into buying paintings,” Sam said from my other side.

“I wasn’t,” Goog defended, although he didn’t sound convincing.

“So why did Taz just tell me that you threatened to take him down if he didn’t choose one?”

“Threatened is a strong word,” Goog said, then held up his hands in innocence, “I can’t help it if my gentle persuasion is misunderstood.”

I didn’t hear the rest, I was in the middle of a situation that could turn weird, either to anger or to kissing, I never knew with this team. I stepped back from the landscape I’d been checking out and straight into a big hard body. The owner of said body cursed in French and I didn’t have to turn to see who it was. Alfie with an expression filled with anger and stress.

I was so tuned to him being in my space, and it seemed like he was there at every turn, watching me with that thoughtful expression which was kind of endearing, apart from when it morphed into his famous temper.

After our encounter in the cupboard he’d seemed subdued and in control of his mood, and for at least a few days I wondered if my message about staying calm had worked. But tonight, his stress and temper seemed to be back in full force.

“Alfie,” I acknowledged and moved to stand in front of the painting I had actually bought, which luckily was right at the back of the room and away from everyone wanting to chat to me. I liked silence, I craved peace, and in the painting I’d bought there was both.

The canvas was huge, the predominant color was white. It was a bright early morning with fresh snow, the edges of a frozen lake, and the only touch of bright color was a pair of bright red gloves and a scarf on a small bench, half covered in snow. The moment I saw this painting I knew I wanted it. Who had left the gloves? Was it a skater, or someone watching?

I stepped back to look at the wide open sky, that particular icy blue of a winter morning, and yet again I walked right into a cursing French goalie. This time I rounded on him.

“Jesus Alfie, will you quit standing behind me.”

He stared at me, then his eyes narrowed and he looked as if he was going to talk to me, but at the last moment he stalked off, and I turned back to my painting, peering closer, looking at all the tiny brush marks and marveling at the ability of the artist to capture such detail in the different shades of white. The clouds had a touch of pink and blue, the lake a hint of green, and the snow a touch of silver gray that gave it depth. Gorgeous.

I’d done my bit, bought a painting and it was being delivered; I could probably go now. I didn’t need to stay for speeches, or more chats, after all I was tired from a long day of paperwork, and I wanted my bed. I heard a noise behind me, Alfie was right there, again.

“What do you want?” I asked him as I turned.

He glanced around us, but there was no one nearby, not in this tiny corner, then he rubbed his chest.

“It’s in here,” he growled, and rubbed a little harder.

He dipped his gaze and stared at his feet. “It hurts.”

I didn’t have any idea what he was talking about, but there was something happening here, a subtle shift in our relationship, he was telling me something and evidently he expected I would understand.

“Alfie, look at me.” I ordered, and he finally looked up, his expression tense. “What hurts.”

He stopped rubbing. “All of it inside me, sometimes, I need…” he stopped, shrugged, dropped his gaze again, and abruptly several things made sense to me. He was asking me to do something to help him, but I needed him to say the words before I could even begin to help.

“Alfie, use your words,” I ordered in a clipped tone, and he looked up, startled, right at me.

He turned then like he was leaving, and I grabbed his arm and held him still. He wriggled a little but he wasn’t making much of an effort to get away. Then he rounded on me, temper in his tone.

Christ. I was so fucking hard, at the temper in him, at the resignation, at the plea. I recognized what he wanted, but I had to be sure. I leaned closer, my mouth near his ear.

“You need me to fuck you so hard you forget all that temper inside you?”

He pressed his lips together, and then something in his expression shifted, and he drew himself taller.

This wasn’t how things worked, he needed to know who was calling the shots. “You’ll meet me at my car, we will go to my place, and I willfind a way to help you.”

I wasn’t allowing for argument, and strode through the crowd, determined to make it through without being stopped, and finally I was in my car. Alfie appeared a few moments later, and climbed in the passenger side.

I placed a firm hand on his knee. “That’s a good start, Alfie.” 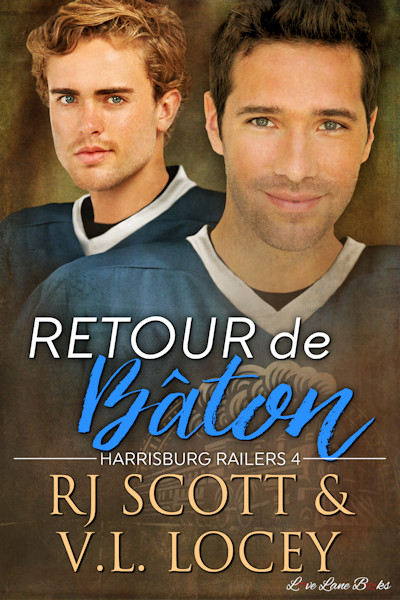