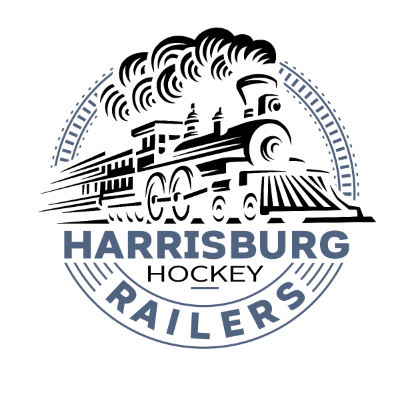 by rachel maybury
630 views
No Comments
0

This is where it all began, where the idea of writing together started…this was originally posted on RJ’s blog on January 15 2017, on July 17 2017 our first co-authored book, Changing Lines (Harrisburg Railers #1) was released.

It’s Sunday Social time and today I’m sitting down with VL Locey, author of many MF and MM books for a chat about writing, hockey, fanfic, hockey, books, hockey and a collaboration between the two of us (hockey)!

RJ: Welcome VL. Take a seat by the fire, have a glass of wine, and nibbles and are you ready to start?

RJ: I’ve got the hockey on as well. It’s a Penguins vs Rangers game, so we’re in for a nice peaceful chat with no rivalry. Right?

VL: Of course. *hides Rangers foam finger behind back*

RJ: So, to those RJ fans who haven’t met you before, can you tell us a bit about your writing? First off: What kinds of genres do you write in

RJ: Where do people need to visit you if they want to see the books you have written

VL: They can find my books on Amazon and all the other quality sites as well as my website –http://vlloceyauthor.com/-

RJ: Wrong channel… clearly…So when did you start writing – have you always wanted to write?

VL: Sorry, I was still flipping for this game. The guys are going to be exhausted by the time it’s over.
I’ve always had stories in my head I just never knew I could write them down and other people would want to read them.

RJ: What was the first thing you wrote that you wanted the *public* to read?

VL: The first thing I ever wrote that I shared was a Wolverine fan fiction. That was umpteen years ago over at the old Marvel Message boards where I was a moderator. Totally blew me away when other Marvel fans read and liked that story.

RJ: As anyone who follows my blog knows I started in Supernatural fan fiction, and yes, to think that people want to read your stuff – it blows you away. So, how long did you write fan fiction before you decided to publish? Oh and is any of your fan fiction still available and do you still write it?

VL:Was that the Ranger goal horn I just heard?

RJ: No, clearly not.

RJ: Well it may have been, but in this virtual game, only the Penguin’s goals count!

RJ: So, go on then, do you still write fan fiction?

VL: As for the fan fiction, yes I still write it. Mostly it’s Torchwood although I do have some older Marvel stuff I want to tidy up and post over AO3. I write under my old Marvel admin name of Feral Female, in honor of Wolverine. I wubs Logan.

RJ: (I wubs Logan too) AO3 is where I read all the hockey fan fiction… just saying… Crosby/Malkin, Kane/Toews, Benn/Seguin

VL: I need to seriously look up this hockey fan fiction. It intrigues me.

RJ: Well, there is a lot of beta/alpha stories, and soul bond stories, very fan fiction, and always awesome! One of my first novels, Oracle, and also Texas 1 and Moments, they were old fan fictions that I took and redid and published with three times the word counts… have you re-visited any of your old fan fiction and thought *This would make an awesome story?*

VL: That’s cool that you could pull some original works from the FF. I never have done that and here’s why. My head is weird. Well, you probably knew that but when I write a story, it’s done. I cannot go back and rewrite it. Which is why I have to work in a linear way. Start to finish on one project. If I stop and go off I lose interest and I never go back. So I have to purge the work completely the first time. I will say that a few of my original characters are based on real hockey players…

RJ: Of course your head is weird, you’re a Rangers fan. Joking aside I feel the same way, once I finish a story now, it’s complete in my head. Done. Poeple ask me whether I would revisit stories like The Christmas Throwaway, and in my mind that story is complete. It would have to take a lot for me to write more in that universe.

RJ: Threatens to take of Penguin pants as well as sweatshirt

RJ: Okay so are you a pantser or a plotter then?

VL: Pantster. 100% organic writer. I jot out some character bios before I start and maybe a hot scene or two but that’s it. Plotting kills a story fast for me because I’ve already written it in the plotting if that makes sense.

RJ: Same here. Do you ever feel that plotting means that the story is done in your head? That is how I feel, so I am a definite pantser. I give my characters birthdays, eye colour etc, I even research the houses they live in, but the story just unfolds so I don’t get bored. Is that how you feel?

VL: Totally the same for me.

RJ: Clearly we were twins separated at birth – apart from the fact you support the wrong hockey team

RJ: Anyone would think I’ve only supported a team since last March…

VL: Hockey is like that. Once you discover how incredible it is you’re hooked forever.

RJ: Sexy. Fast. Brutal. I love the stories behind the teams. This inspires my own hockey series, so tell me about your MM hockey series as most of my readers are MM fans

VL: oh boy, this may take a while. My MM hockey series consist of a couple new ones that I’m going to be kicking off now that I have my rights back from Ellora’s Cave. I’ll be starting things off with a box set re-release of my top selling MM hockey books the Point Shot trilogy. From those I’ll be springboarding into a new series about the Cayuga Cougars, the team that Victor and Dan (from the Point Shot trilogy) played one. I also will be launching a new M/M series about a new team that forms in a Pennsylvania gay hockey league, The Brighton Wood Blades. I have a passel of novellas that came back to me from EC that I’m going to get into box sets as well but those will come later.

RJ: OMG we need to write this together. Sid could mentor them! And bloody Ellora’s cave. Talking of the books coming back from crappy publishers – of which I have some as well – do you find it hard to get those back out with new cover art when you’ve lost money on them?

VL: I would LOVE to write something with you someday. And yes, it’s a real struggle to get them back out financially because good cover art costs. Thankfully at least the editing has been done so there’s not that expense. But, I LOVE the new covers so much more than the older ones so the expense was worth it to me.

RJ: Oh we should write together in an MM series … invites you to write in my ‘verse set in Vermont… in all seriousness, we could rock that, and you could be a Pens fan… oh maybe not… I have had to invest in a lot of new cover art for my ARe books…. (insert curse word for ARe)… and I am much happier with the covers I have now.

VL: We would rock an MM hockey series. You could be a Rangers fan…or maybe not. 😉

RJ: I can’t see that happening – looks at standings – how about we both anti-support the Blue Jackets and the Washington Capitals?

VL: The Russian in a trunk discussion we had just a bit ago? We could totally work that into a book. Just saying.

RJ: we should focus on the interview… coughs… SO what made you decide to publish your work? I can’t stop laughing.

VL: Same here. I’m laughing so hard that it’s hard to type. Ahem, yes. I decided to try my hand at publishing when other people kept telling me to. Seriously, it took that kind of push from several good friends. You know us artists. We’re our own worst critics and I never imagined that what I plunked down on paper would interest anyone other than me. But, I gave it a whirl and wrote the first M/F hockey book in the Wildcat series and the rest just fell into place.

RJ: And I am English, we don’t do well with self confidence at the best of times…LOL… I thought you Americans were super confident!

VL: Oh not all of us. We have our doubts and insecurities just like everyone else. We just hide them behind Captain America.

RJ: Well we have *insert UK hero here* ohhhh we have Dr Who and Torchwood! And Cardiff!

VL: Captain Britain! Well you know my love for Jack and Ianto and Dr. Who. *writes all the Janto*

RJ: If only for Captain Britain, or Captain UK (CUK for short!) So, my next question is… where about in the US do you live? Because there is a very good saying – in the UK 100 miles is a long way, and in the US, 100 years is a long time. We actually think it’s cool that it takes as long to fly from London to NY as it is for you to fly from NY to say, Seattle.

VL: I live in the Laurel Highlands of Pennsylvania, which is why most of my stories are set in the PA/NY area since I’m so familiar with it. We’re way up in the mountains and VERY rural. Dirt roads, chickens in the yard, no neighbors.

VL: They don’t have Mats Zuccarello or The King. Although they do have my Hags.

RJ: Rumor is that the Pens might be taking Zuccarello – how do you react to that?

VL: Take that back! You already got Hags, you can’t have Zucc. *hugs Mats close to chest*

VL:Wow, you have one HELL of a cap.

RJ: We won the Stanley Cup – we can have what we want!

RJ: So a reminder to readers… what is your next book and where can they find details? AND, if they are new to VL Locey, where should they start?

VL: My next M/F book will be Angle Play, Venom #4, coming out 18 January, actually. The M/M books will be starting with the Point Shot Trilogy coming out 3/1 *giggles as Rj fixes dates* [RJ: 1st March] Snap Shot, Cayuga Cougars #1 will release on 4/6 and [RJ: 6th April for the non yanks here] and then there will be an F/F novella for the Venom on 5/5 [RJ: well that can’t be argued with, 5th May!]. Oh! The Brighton Wood Blades first book, Finding the Edge, will come out on 9/27 [RJ: that is 27 September, which is incidentally is 24 days after my 50th birthday, just saying!]. There’s more in there but my brain is not working well due to worry over Zuccarello going to the Pens.

VL: Okay, you are totes making that score up.

RJ: thank you for this, it was so much fun, and I guess my readers need to watch out for a joint MM series from me and VL Locey… coming soon…

VL: Yay! I had a blast, truly. Thank you for sitting down to chat with me. *hugs*