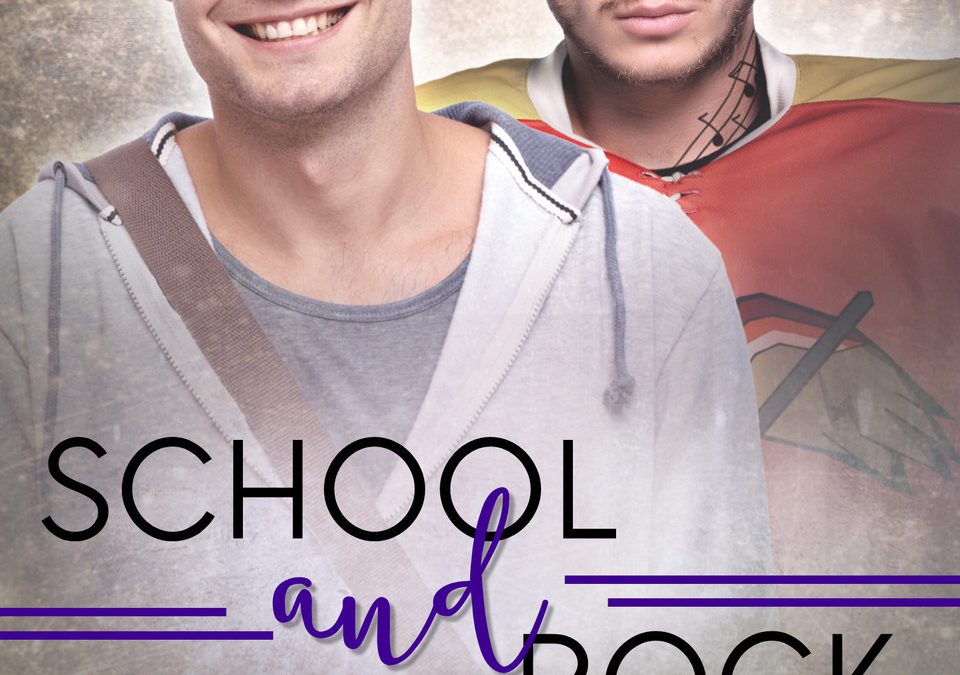 School And Rock – now available on all platforms

by MMhockey
564 views
No Comments
0

Series: ARIZONA RAPTORS, Book 5
Genre: Hockey
Tag: Work In Progress
When Colorado Penn finds an unexpected package on his front step, his life will be changed forever.
Colorado Penn is living the dream. Starting goalie for the Arizona Raptors when in season, lead singer for a hard rock band when summer rolls around. He’s the quintessential free spirit who’s making sure to enjoy all the carnal blessings of his athleticism and gritty singing voice. Now the Raptors are moving into their first playoff appearance in years, but the arrival of an unexpected package means that hockey may have to take a backseat to something way more important. Instead of the usual undergarments from adoring fans, he finds a newborn baby with a small note tucked under her carrier, naming him as the father. He refuses to give up his daughter and is determined to be the kind of father he’d dreamed of having. But to keep Madeline, he’ll need help, and he’ll need it fast. Enter handsome emergency manny, Joseph. They may be opposites, but Colorado starts to see that Joseph’s stable, calm influence makes his chaotic lifestyle choices seem less appealing. There’s something about the man that soothes not only his infant daughter but also the wild child inside Colorado.
Joseph is one year away from getting his degree in planetary science, working cover shifts at the planetarium, and pulling in income with short term manny gigs. Stars collide as he provides emergency childcare for the wild man of hockey, a man who moves so fast through life that he doesn’t know how to stop. Homeless, and caring for his niece, Emma, fate brings Joseph into Colorado and baby Madeline’s life. Madeline is a sweetheart, and Colorado is trying his hardest to make the best decision for his baby girl. He offers his home to Joseph and Emma and an indecent salary, to keep them in his life until summer’s end. Colorado brings mysticism and metal to Joseph’s sanctuary of science, but somehow Joseph needs to tame this shooting star and create a family. Nothing in the contract said Joseph had to fall in love to make that happen, but when it’s time for him and his niece to leave, will the void in his heart ever heal, or will it remain as cold as space itself?
More info →
Add to Goodreads
Share :