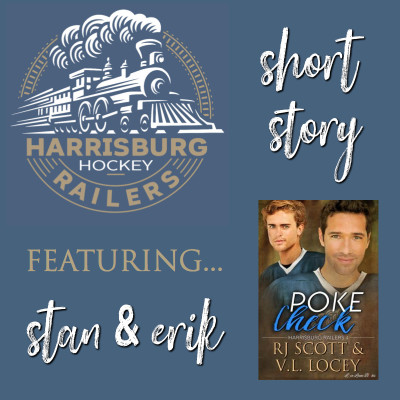 “I am making big plans for breakfast tomorrow. Is Mama’s birthday, and she is wanting much happy times.”

The team all looked at me funny. I exhaled and lined up the words in Russian then let them go into English before I addressed the team again.

“We are making big bagel bash for Mama on her birthday. Many bagels! With many tastes from onion to tiny blueberry to the everything which has bad poppy seeds so do not pee in cups for after eating or cops come take you to jails. What you going to do when they are coming for you?”

Tennant broke from the sweaty horde, still in his practice jersey, smiling, and walked to me. “Okay, so we’re clear on this. You want us to come to your house tomorrow morning for a bagel party?”

“Yes! This is what I am wanting. See, my English is much good for making things to sense now.”

“Yep, we’re totes making sense of your English now, big man.” Tennant slapped my arm. I smiled at my friend.

“Is much good! So, come early to house. Many early hours. Like four in the morning hours! I am buying five toasters on way home and—”

“Stan, babe, let’s just slow down a minute,” Erik said as he wiggled through the team fresh from the shower. He looked so yummy in nothing but a towel and wet curls. “I don’t think anyone wants to be at our house at four in the morning. That’s kind of early.”

I thought on my loves words, tapping my chin as I made with big thinking. “Okay, yes, that is truth. Come to house at five! I will buy many toasters on way home and big tub of cream cheeses and butters!”

“Babe, let’s shoot for say nine o’clock, okay?” Erik interjected into my bagel happy again. “This way Noah can sleep in if he wants. We don’t want him to be cranky for his babushka’s birthday, do we?”

Again, I think on this hard and long. “Yes, no, we do not wish sweet rabbit to be cranky. Okay then, bagels will be toast at nine in the morning. Also, we have much coffee, so no stopping to makes rounds at latte places with fuzzy foams. You come from bed to my house no stops.”

I looked right into the eyes of my teammates. They all muttered and nodded. I was not sure of Adler. He would stop if Layton asked for coffee, I know this for fact true. Still Layton drinks too many cups of coffee for days. I see. I know.

“Are we allowed to shower at least?” Dieter asked from his cubicle.

“Not a clue man, not a clue,” Dieter mumbled then pulled a towel down over his face.

Perhaps I should go over and explain bad stinky men smell to Dieter since he was not having a clue. Yes, I would do that as soon as I took off my skates and pads. I do much good things for my friends!

One scorching summer in each other’s arms could never be enough.

Erik Gunnarsson’s dream had always been to play in the NHL, he just never imagined he’d land a contract with the Railers. Who would have thought that fate would put him on the same team as Stanislav Lyamin; the man whose heart he’d callously broken?

Secrets and lies had defined their summer relationship, and the choice that Erik made to end it all haunts him still. In the middle of a messy divorce and with a baby in tow, Erik finds himself back in Stan’s life. Now all he has to do is be the best dad he can be, prove to the team that he deserves the chance to stay on the roster and try his hardest to get Stan to forgive him. Is it possible to persuade a man who hates you to give love a second chance?