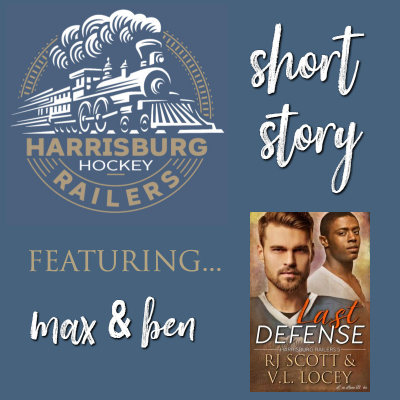 I sat up like a bolt in our bed. Max lay beside me. “What?!” I threw him an exhausted look.

“I think I heard her grunting.”

“Really?” I picked up the baby monitor and held it to my ear. Nothing. Not a peep down in the goat barn. “Are you sure? Maybe it was Bucky snoring.” The dog did snore like a chainsaw, not unlike the man stretched out beside me.

“Hm, maybe. I’m delirious from lack of sleep. Can’t Doris nail down the day the kid will come?”

“No, all she can do is give us a rough guesstimate because we borrowed the buck and never really saw the act,” I reminded him for the ten millionth time. “Should I go check?”

Cinnamon, our big brown Nubian, was due sometime this week. The past four days we’d both been taking turns checking the barn every two hours. So far nothing had taken place.

“I was just down there an hour ago,” Max yawned then dropped off. Poor man. I sat there in the dark, listening to the baby monitor for about five minutes and then slid from our bed. Using the flashlight app on my cell phone, I made my way to the barn. Opening the doors the smell of fresh hay and farm animal greeted me. It was a pleasant smell.

“You stay here by the door. Goats don’t like dogs around their babies. They think you’ll eat them,” I told Bucky. The malamute whined but laid down outside the big swinging door, head on his front paws. “Good boy,” I murmured and pulled the door shut to keep the cold early April air out.

I flipped on the lights. Both goats blinked at me. Biddy, the little black Nigerian, blatted. Cinnamon, who looked like she had swallowed a beach ball, merely lay there chewing her cud. It was nice and warm in here. We’d worked hard to get things tightened up for the winter and the goats were happy and contented with their cozy digs.

“So, nothing yet huh?” I asked, dropping down beside the two drowsy caprines. I ran a hand over Cinnamon’s huge belly. “Honey, you better get that kid out of there soon or you’re going to burst.”

She burped in my face.

“Nice,” I coughed then gave her bestie, Biddy, a scratch under the chin. After turning off the lights and locking the door, Bucky and I schlepped back to the house.

“Anything?” Max mumbled when I crawled back under the covers.

“Nothing but a burp in the face,” I yawned, set the alarm for an hour so we could check on the mother-to-be again, and curled up into Max’s big back. He reached back to pat my ass then resumed snoring.

I’d barely closed my eyes when a goat blatting woke me up. It was Biddy. I could tell. Her blat and a Nubian scream are vastly different.

“Oh God, why is she up talking now?” I whined and rolled over to look at the clock. Ten minutes. I’d been asleep for ten minutes.

“You had to have her bred,” Max grumbled then tugged his pillow over his head.

“Yeah, I know.” I laid there for another three minutes, listening to Biddy mouthing off before I decided I couldn’t lay there any longer. I elbowed Max. He snorted to wakefulness then said dirty words. “It’s your turn to check.”

“Ben, you were down there ten minutes ago. Having a baby takes hours. Come lay down with me. I’ll rub you all over and kiss your toes.”

I snickered. “Damn fool. Maybe we should sleep down there?”

He turned on the light. I squinted at him glowering down at me. “Are you serious?”

Biddy shouted again. I waved a hand at the monitor. Bucky began pacing. “No one is getting any rest. Maybe I should set up a cot and—”

“Biddy is being a bossy little…goat,” he grunted. “You know how she is. You’re supposed to sit there and scratch her chin while feeding her animal crackers forever. “

“I guess you’re right.” I sighed and looked out the window at the dark night. It was so warm and comfy here with Max. Biddy blatted again, this time with real vigor. “I’ll just go down and stay there. Sunrise will be in four hours.”

“Get some sleep.” I kissed his whiskery cheek. He exhaled dramatically then threw his covers off. “No, you stay here. This was my idea, getting her bred, it should be me who makes the barn runs.”

“Oh stop, we’re partners. We do things together. “

I smiled as I pulled my jeans back up over my ass. Max went down with me this time, the dog got to stay in bed.

“Let me get the light before you—Cinnamon!” I shouted a second after I had flicked the light switch on. There she stood, licking her two new buck kids clean. My jaw hit my chest. I threw a look over my shoulder at Max. His eyes were wide, and his mouth dangled open as well. “What the hell?! I was down here fifteen minutes ago!”

We hurried over to the kids, but mama was taking excellent care of them. Biddy was standing beside Cinnamon, butting at us while we rubbed the two brown kids dry with old bath towels.

“Yes, yes, you were an excellent alarm,” I told the stubby-legged Nigerian. She held her head up proudly. “My God, who knew they pushed them out that fast?!”

“Not me,” Max replied, cradling a long-eared kid he had swaddled in a thick blue towel. The kid tried to suckle on his beard. Max’s amber eyes glowed with affection. “Silly kid, the teat is over here.”

I sat there in the hay, enjoying watching my man unwrap that tiny little goat and place him beside his mother. The kids fumbled around on wobbly legs but soon had found an udder and drank, getting all that wonderful colostrum into them.

“Doris says that we’ll have to clean up the afterbirth or Cinnamon will eat it,” I said, passing along advice from our goat-herder friend.

“Well, she says it’s instinctual for prey animals to try to clean up all the traces of the birth. Also, we need to dip their umbilical cords in iodine after they’re done nursing.”

“Anything else?” He asked, spreading his long, long legs out in front of him then tugging me into his side.

I shook my head. “Not for tonight. There was talk about castrating and disbudding them.”

“Poor guys,” Max whispered. I wiggled in under his big arm. “We’ll not tell them about that for right now. They’re going to need names. I think we should call them something clever. Like Bob and Nob.”

“I guess you’re majorly sleep deprived if you think Bob and Nob is clever,” I teased. He chortled and pressed a kiss to my head. “We could call them something spicy, like Basil and Fennel.”

“Okay, that’s kind of cleverer than Bob and Nob. Basil and Fennel it is.”

Contented with the names and life in general, I dozed off and was awoken around dawn by tiny little hooves dancing on my thighs.

“Not the worst way to wake up,” Max said, his voice thick with sleep, his arms filled with wiggly goat kid. “You may need to hire a crane to get me up off this floor though.”

We exchanged a brief kiss. “I’ll get you up, baby, don’t you worry about that.”

“Right here in front of Basil and Fennel?!”