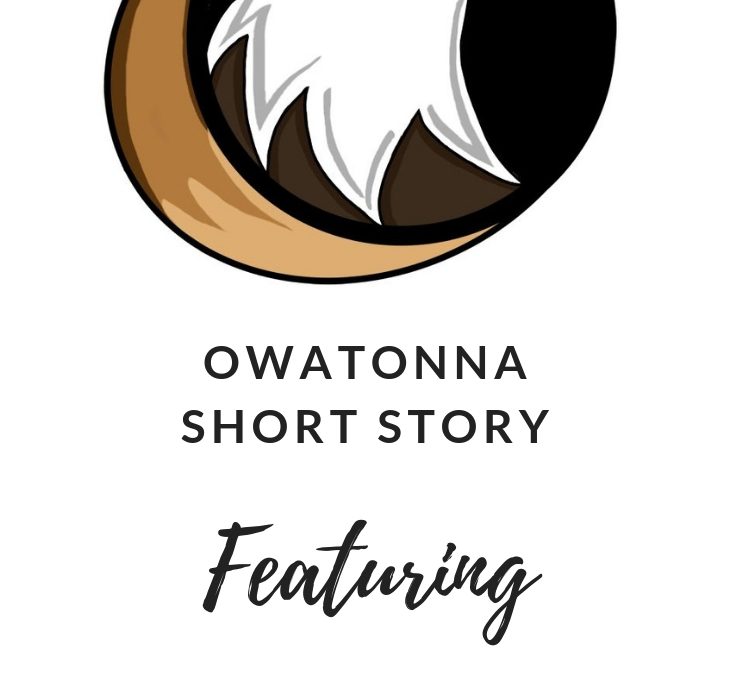 There were about a dozen things that I’d rather be doing right now than attending the homecoming game for the OU football team. Sure, I had team spirit. Rah. I also had four papers to write and two double-shifts over the weekend. That meant no time to study or write those papers or cuddle with Ryker.

“Don’t go there,” Ryker warned as we walked across campus, hand-in-hand, red and orange leaves fluttering steadily to the ground. “You need time off.”

“One night out will do you good.”

I thought to bicker more, but he looked so happy, so proud to be out with me. And I mean out in the other way too. Ryker was super demonstrative, always touching and hugging, his PDA levels crazy high. I tended to be a little less touchy feely out in public, but if it made Ryker happy…

“Benson!” I looked around, the shout coming from the English building. Coach Davis, the associate coach of the OU football team, was rushing at us, his bald head gleaming under the weak fall sun. “Hey there buddy. You given any thought to what you and me talked about last week?”

Ryker gave me an odd look. I’d not told him about Davis cornering me at the pizza shop last Saturday to talk football. The big, loud man had nothing to say that held the slightest interest to me.

“Oh, uh, no, I haven’t had time, Coach,” I replied, wishing we could just get into the stadium and find our seats.

“Hey, Madsen,” Coach said to my boyfriend. Ryker inclined his head. “You should find time, Benson. We could use a boy of your size on the defensive line. We lost five of our best d-men when they graduated. You know football would do you better than hockey. Have you seen the size of this kid, Madsen?” Coach asked, slapping my biceps soundly. Ryker only nodded. “You tell your boyfriend here that he’s built to play football and not be dancing around on skates like a figure skater. He belongs in a real man’s sport!”

“Right, I’ll be inside.” Ryker shook free and plowed through the students, faculty, parents, and supporters filing into the big, fancy stadium.

Coach hung off me, talking at me, filling my ear with all kinds of bullshit. Sure, the big money was in football. Sure, I’d probably do well. Sure, I had the build and the strength and blah, blah, blah. Losing sight of Ryker’s glorious head of hair, I frowned. Great. Now Ryker was pissed.

“Come try out. We’ve always got a spot open for a kid your size!” Coach grabbed the back of my neck and squeezed, hard, then ambled off to maybe do his job.

I pushed and shoved to get inside, flashing my student ID at the gate, and then jostling past a throng gathered at a stand selling hot chocolate. The rest of the team were supposed to be mid-field, in a clump, wearing our OU hockey jackets with pride. Supporting the other sports was greatly favored by our coach. Shame I hardly ever saw any footballers or baseballers at our games.

I skidded to a halt when I saw Ryker, his hair was a beacon for me, deep in conversation with Ryan Pepper, the OU quarterback. They were laughing. Ryan was touching Ryker in ways that I really didn’t like. Gentle little taps or strokes of his arm, a nudge of wide shoulders. Yeah, no. Ryan had his choice of any dude or chick on this campus. He was notoriously bi and had cut a swath through the student body in his two years at OU. That bisexual pigskin fondler could just back off my man.

“Babe,” I said, shoving some poor gangly kid who worked for the school paper aside to get to Ryker. He turned, his hair bouncing and his eyes glowing. I stalked up to him, grabbed him, and kissed him hard on the mouth. A couple of the OU cheerleaders began giggling. When I released Ryker, he was flushed and wide-eyed. I grabbed him by the waist, and threw the tall, blond with the cleft chin and sparkly blue eyes a dark look. “Pepper.”

“Benson’s staking his claim,” Ryan laughed before shoving his helmet on and jogging out onto the field.

“Dude thinks he’s big man on campus but he’s nothing but a…what?!”

“You were so jealous.” Ryker turned to look up at me, his mouth twitching to contain a smile. “Like, I thought you were going to punch Ryan in the face.”

I inhaled through my nose. “Dude needs to keep his hands off you.”

“Aw, that is so cute. Holy shit, you’re adorable right now.” He rose to his toes to kiss my angry chin. “Trust me, I got no time for Ryan or his asshole coach. Like was he insinuating hockey isn’t a man’s sport? What the hell? I hate the prejudice hockey is always shown in comparison too—”

I kissed him again, just as hard, and twice as long, He clung to me, hands gripping at my shoulders, the smell of his shampoo tickling my nose.

“Let’s just forget Ryan the Touchy Jerk and Coach Davis the Rude Turd and go home. You can rub my neck while I write my papers.”

He studied me for several log minutes. “We leave at halftime, stop to get food, and then go to my dorm so we can study. Well, you can study. I’ll feed you cheese puffs and help type up your notes into a decent paper.”

I looked up at the stars coming out. Someone chucked a wadded-up paper cup at me. It missed and hit Ryker on the side of the head. We both threw our teammates some sour looks.

“He shoots! He scores!” Ben shouted. Scott was laughing so hard he rolled off the bleacher, which set the entire OU hockey team into peals of laughter.

“One half and then I’m taking you to your place to write papers.” I picked up the paper cup and whipped it at Ben.

“You know you’re the biggest man on campus in my eyes,” Ryker whispered. He tugged me along in his wake, fingers meshed with mine.

We watched a quarter of the game, then left and went to his dorm so he could feed me cheese puffs, rub my neck, and type up notes. I told him every time that he slipped a cheese puff into my mouth that I loved him. He liked that so much that I ended up eating a whole bag of cheese puffs in one sitting.