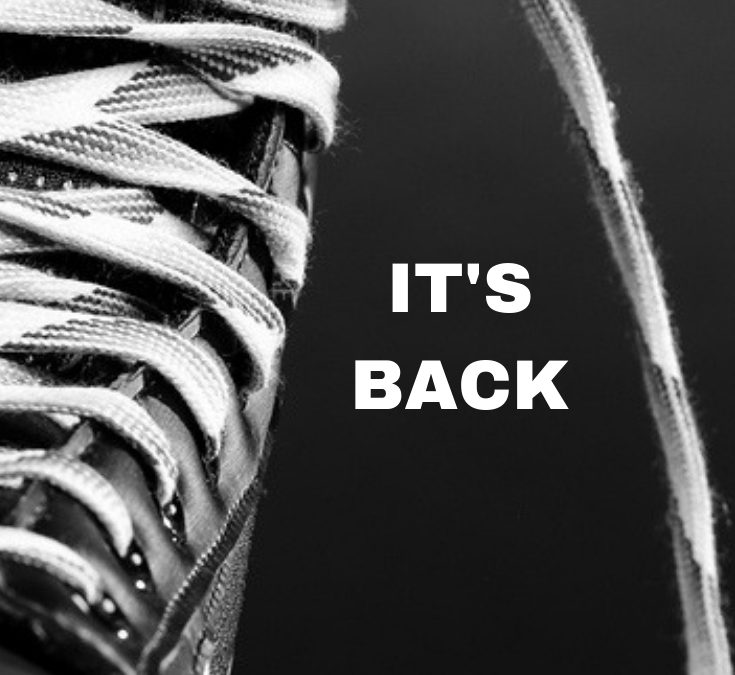 After a long, long, LONG summer my Rangers are back on the ice tonight to officially kick-off the 2018-2019 season. I’m so excited to see Zucc, Hanke, Mika K., Chris K., and the rest of my Blue Shirts, as well as our new head coach, David Quinn. Last season we kind of struggled a bit. We traded a few fan favorites which is always tough, but hopefully those trades will make us a stronger team. Sure, I know we’re in the middle of a rebuild, and that will probably take a few years, but I’m still planning to park my butt in front of the TV every time my team plays. As much as I enjoy cheering a winning team, I’m not going to abandon my guys when they’re not winning. Through thick and thin, good and bad, I bleed blue!

Also, I have to throw in a ZUUUUUUUUUUUUCCCC for good measure.

Bring on the hockey!

I can’t wait to see what Rusty does, and how Crosby and Malkin exchange best point scores, and how Jack Johnson fits in, and just how brilliant Oleksiak is, or how Matt Murray grows into being the best goalie ever, and hope to hell that Letang is back to 100% and …. I could go on forever. We might not have made it to the final last year, but this year… maybe our defense will be better, and maybe we will go all the way…
I’ve not been a fan of the pens as long as Vicki has been of the Rangers, but hell… I am obsessed. LOL. Even more so after actually seeing them play in PPG paints arena in March. I love the speed, and the sexiness, and the accuracy, and the sheer physicality, and the fights, and the goals, and yeah… obsessed.
Our first game is against the Washington Capitals tonight… we had so better win. 🙂
*kisses* RJ
Share :