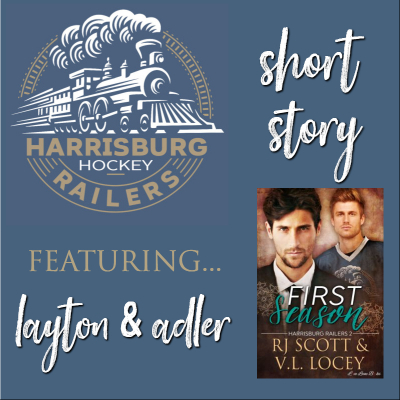 “What is it?” Layton took the box from me like I was handing him a grenade. He’d gotten used to me giving him gifts now, and didn’t mind too much as long as I stuck to a budget of ten dollars, max.

Which meant, no Rolex for his wrist, or platinum tie clip for his funky business ties, even though both would have been really cool to see on him. His argument was that he didn’t need gifts when he already had me. And yes, he did say that when he was drunk at Stan’s last party; some combination of vodka and schnapps had him on the floor, and it was funny shit. He didn’t think it was funny when he woke up and saw the moustache I’d drawn on his face, but I think the blow job I gave him the next day made things right.

“Open it and you’ll see,” I instructed, and then patiently waited – bouncing on my toes patiently waited – while he did all kinds of Layton type stuff. He shook it, sniffed it, turned it over in his hands and then gave me a look that spoke volumes about how whatever was in there had better be under that magic budget figure. He didn’t have to know it was twenty-two dollars, because when I saw it online, I knew I had to have it for him, whatever the cost.

And twenty-two dollars on this was better than thousands on a Rolex. Right?

He slid a finger under the tape and cautiously lifted the lid, exposing the tissue paper that hid what was inside. Then he set the box lid on the table along with the box itself.

“You know I love you right?” he asked, when I was thinking he was struck dumb by my impressive tissue-paper-object-wrapping skills. He cradled my face and kissed me, and I was certainly up for a taste of my sexy boyfriend, but the words he’d said worried me and I stepped back.

“I know you love me,” I began, a little uncertainly. I know he was making some veiled reference to the fact our courtship started with me giving him gifts, and I didn’t want that discussion today. “And I love you,” I added for good measure. “This is just something silly I saw and I thought it would be something you’d like.”

Layton smiled then, and pulled back the tissue paper, to reveal the cream T-shirt, holding it up to get a good look at the logo. I was smiling before he’d finished checking it out, because he was smiling too.

“I can see that,” he said, and pulled it over his head to cover his shirt and tie. I straightened it and smiled at him. The design was a cartoon fox, his head tilted, and under it were the words ‘For Fox Sake’. “It’s brilliant.”

He grasped my jersey and tugged me close, stopping my words with a kiss, and kissing me as thoroughly as he could, given we were in his office and anyone could actually walk in.

When we parted he was grinning and looking down at the shirt. “I love it.”

“I can’t believe you got this for under ten dollars,” he said, and glanced up at me with a pointed look.

I kept my expression even. “I know, it’s amazing isn’t it?” Hell, what Layton didn’t know wouldn’t hurt him.

But on that note, I guess I really did need to return the other ten in all the different colours that I’d hidden in my closet.

Giving them to him one at a time was like sticking to a budget, right?

And I did save thirty dollars on postage.

I’m great at this budgeting stuff.