I threw Taz another impatient look then made the right off the Harvey Taylor Bridge.

“I second that thought,” Mike said from the back seat. “This is not a good idea.”

“It’ll be fine stop worrying. Guys, did you see that painting?” I asked for the hundredth time since I’d coerced Taz and his boyfriend to come to dinner with me here at Ivan’s, a small little Russian restaurant on North 2nd Street in Harrisburg.

“Taz did, I didn’t. And paintings aside, having a meal with—”

I cut Mike right off. “The painting was a cry for help. Sam’s stuck in something bad, and I’m going to get him free. You two haven’t gotten anything to work with, right?”

I threw them both firm looks as we waited at a red light. They both sighed, frowned, and shook their heads. The light turned green, I pulled onto North 2nd Street and then found Ivan’s Russian Restaurant and Piano Bar. It was a small place, tucked between an Italian restaurant and a Mexican bistro. I pulled into a slot in front of Ivan’s, turned off the engine, and exited the car, Taz and Mike on my heels.

“Goog, just…I don’t know. Let’s think this through,” Taz said as he jogged along at my side.

I spun to face them both as Mike had now caught up. “No. I am done thinking things through. My life means nothing without Sam in it. I’m getting to the bottom of this the only way I know how. He said he could help and I’m not turning down any help. Not anymore. So you two can come eat and talk or you can grab the next bus home.”

“You’re a rockhead at times,” Taz said without any real anger.

He chewed the inside of his lip for a moment as fine little snowflakes flittered to the sidewalk. “Who am I to ignore a cry for help from my best friend’s secret boo? Fine, we’re going in but the first time anything looks hinky we’re out,” Taz informed me. I nodded vigorously. “No, I mean the first sign of…” He pushed his nose to the side.

“What does that even mean?” I enquired.

“Hoodlums,” Mike whispered then pulled his dusky blue scarf up over his nose.

“Pfft. Hoodlums. You two watch too many movies.” I stalked into the eatery and smiled. It was nice. Well-lit with big booths lining the walls and a man in a red sparkly vest singing something in Russian while playing a piano.

“Okay, why are we the only people here?” Mike asked through his scarf.

“It’s Monday. That’s a slow night,” I replied then smiled widely when the man in the back booth stood up and waved broadly.

“Ah is my friends who are coming to eat good foods! Come, sit down and make chit and chat!” Stan bellowed and the man who had just emerged out of the shadows eased back into the darkness.

“We’re going to die,” Taz whispered. I ignored him and walked briskly to Stan. We shook hands, and then the Railers goalie fussed over Mike and Taz, saying he was happy for gay men in America who come through snows from Carlisle to make food dance with him. I had no clue what that meant but didn’t push for an explanation from the big man in the dark suit.

“I have all the foods ordered for you. See!” He pushed me into the booth and then wiggled in beside me. Mike and Taz were seated across from us, Mike’s eyes wide behind his steamy glasses, his scarf still covering half his face. “Dig in and make happy yum-yum noises!”

“I uh…what are we eating here?” Taz asked.

“Oh, silly me! We have pelmeni, borscht, okroshka, solyanka, stroganoff, and many plates of blini. I love blini so much! Some have topped with caviar!” He pushed a plate heaped with tiny folded pancakes smothered with sour cream and black caviar to Mike and Taz. Stan then turned his inquisitive gray eyes to me. “We talk and eat. Have some stroganoff.”

“You offend Ivan by refusing,” Stan informed me. Mike and Taz started shoveling the food in, once Mike lowered his scarf. “Why you not eating, Goog? Is worry too much for head and makes stomach wobbly?”

Stan frowned then patted my forehead. “Bad brain is no good for hockey playing. Tell me worries. I make fix.”

Taz gave me a nervous look over his spoonful of purple soup. I dove into the tale anyway, telling Stan, who was sipping tea from a cup that looked like a child’s toy in his huge hand. When I was done, Stan was scowling into his tea.

“Ugh, people who are hateful make me spit on their shoes. I make fix. I tell you I know people. I know many peoples. OLAF!”

Mike nearly jumped out of the booth when Stan roared. A man the size of a Humvee emerged from the kitchen. He was bald, with no neck, and had a tattoo of a pig on the side of his hairless head. He wore a black suit with a scarlet tie.

“We’re going to die,” Taz coughed, pulling Mike to his side to shield him.

“Die? No die. Why you say die? This is my cousin removed five times on paternal side of family, Olaf. Olaf this is my friends from Rush hockey team.”

We all smiled up at Olaf. He nodded.

“Olaf speaks no English, so I talk with him for minute.” Stan and Olaf then fell into a high-spirited conversation in Russian. Taz was trying to cram Mike’s head under the table while mouthing the word ‘Oligarch’ at me. Mike was fighting his boyfriend’s attempt to shove him to the floor.

“Okay is good!” Stan announced when Olaf strode back into the kitchen. “He makes good work. He will find much information on Henry.”

“He’s not going to toss Henry into the Susquehanna in cement shoes, is he?” Taz asked after releasing his boyfriend who was now wiping his glasses on his scarf while grumbling under his breath.

“Cement shoes? No, I am not thinking so. Did you want Henry in cement shoes? Olaf is computer hacking genius, but I know peoples who can do any shoes you wish. I like blue suede shoes. Dimitri! Play for us great Elvis hit ‘Blue Suede Shoes’!”

The man at the piano launched into the requested song. Stan bounced in his seat and sang along at the top of his lungs.

An hour later we emerged from the restaurant. The flurries had stopped.

“I do not like beet soup,” Taz announced to the cold, his arm around Mike. “Do you really think Olaf Pig-Skull can hack us some good information to use against Henry?” 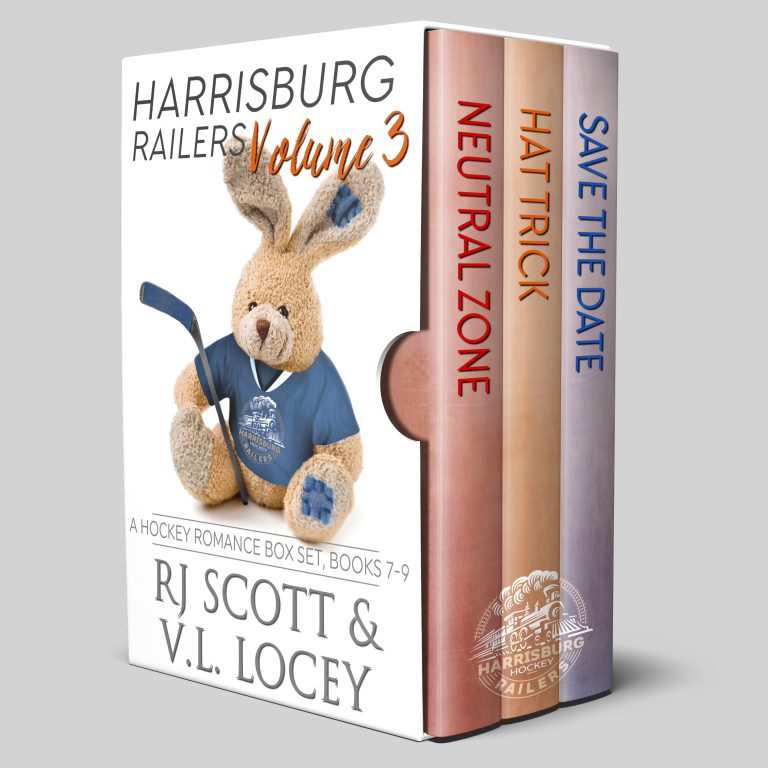