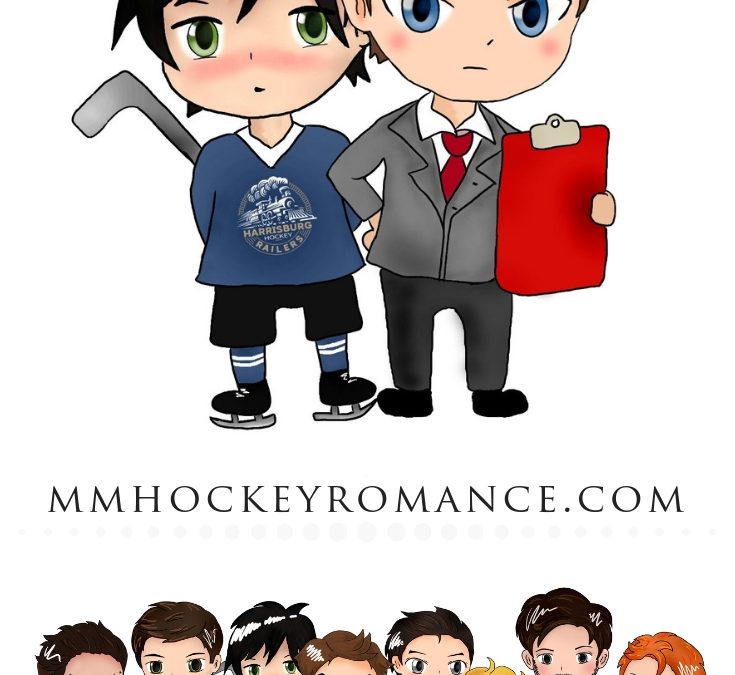 Lisa Janine Cloud –  For Tennant: what is it like knowing your choice to come out paved the way for so many others to do the same?

Jared – I’m glad you got that question and not me.

Jared – Always here for you. Got your back and all that.

Ten – Wow, okay. Well, for starters I’m not sure I’m deserving of any kind of praise or groundbreaking status. I’m really just a man who wants to love who he wants and play hockey. It’s like a fundamental right thing, you know? Or at least I think it is.

Jared – I never came out, not until i’d finished playing. Don’t undersell what you did, Ten.

Ten – Yeah, I know. I just…I never set out to be “The First”, you know? I never even thought I would come out until I fell in love with Mads and the prospect of hiding that love from the world for twenty more years? I just couldn’t do it. I shouldn’t have to. So, we came out. Mads and me, him at my side. God that was tough, still is at times.

*Jared holds Ten’s hand, leans over and kisses him on the cheek*

Jared – We had a letter the other day, from a kid in junior hockey, a real letter, not a text, or a tweet, and the emotion that kid put into the letter, telling Ten that he made a difference. Yeah, that made me so proud of Ten. He’s a beacon, y’know, to all the young people out there just wanting to play hockey no matter who they loved.

Ten – That was pretty special, I can’t deny. I kind of feel that if I can carry the burden of the hate that’s out there on my back, that’s less that some kid has to deal with later. So, I guess, if I set out to do anything  at all, it was to make life easier for the players who are following me. Hopefully when they hit the pros being gay won’t be a thing at all. They won’t be gay players, they’ll just be players.

Jared – And that is why I love Tennant Rowe 🙂